Line of the Week: SE Face of Mt. Smuts 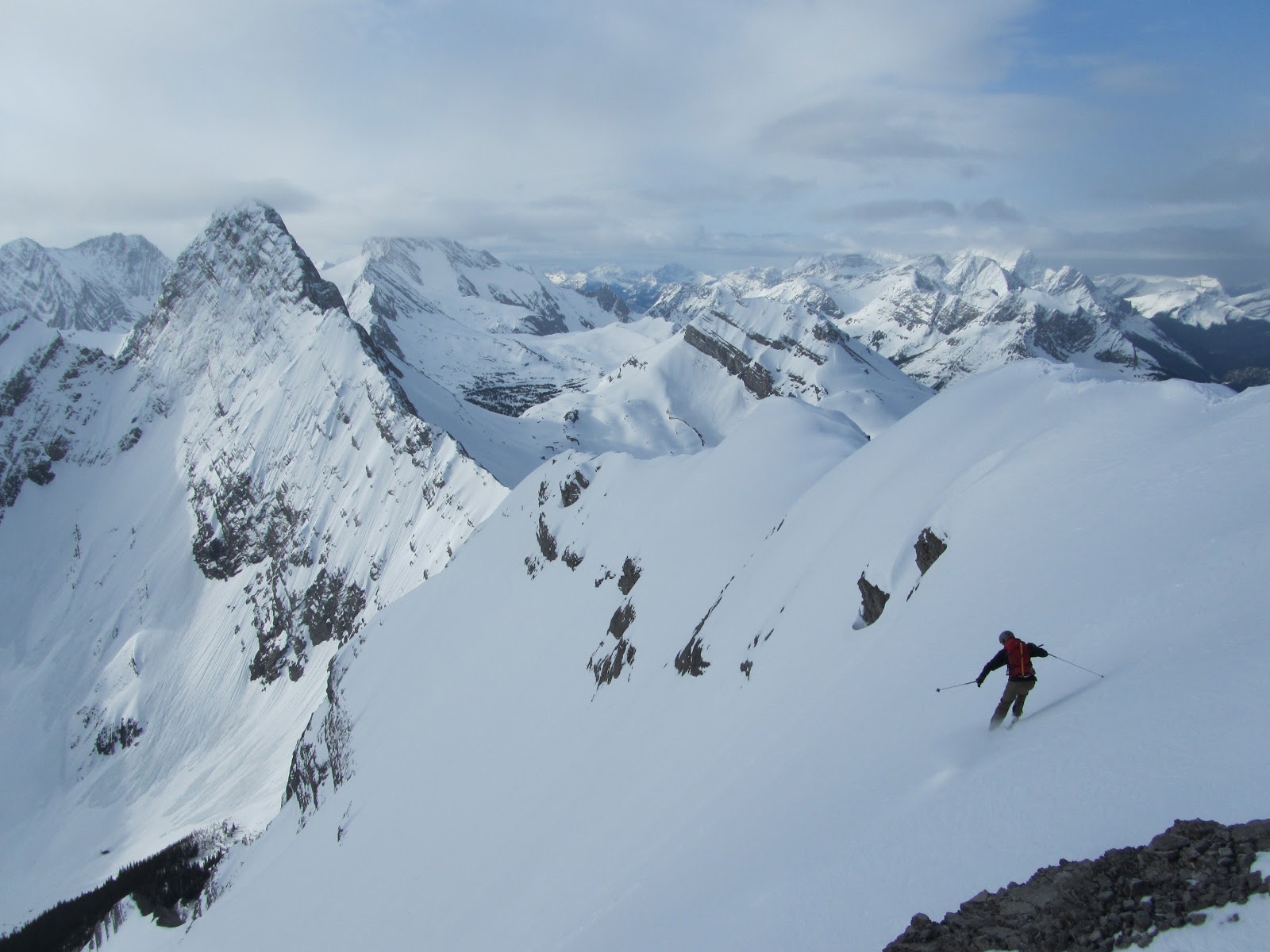 Those were the words in my head as I left the car at 5 in the morning. Making quick work of the Commonwealth valley as well as the lower part of the massive slidepath coming off the mountain, we looked up and thought we are almost done. Then I looked at my GPS. It said I still had 600 more meters to climb. That can't be right, it only looks like 200 or so. Anyways, we switched to crampons and began up the slope. The slope steepened, the snow got firmer. The summit did not appear to be getting any closer. I would count steps, sometimes one hundred at a time, look up, and I would be in the same place. Eventually, I topped out. There was 600m left to climb from where I questioned my GPS.

I rarely reach the actual summits, but my partner was a climber, so we signed the register at the top. The clouds never really cleared up and we were nervous standing on top of a huge, steep slope, reportedly 55 degrees at the top. So we made careful turns down the firm snow up high, and looked for the cleanest lines through the avalanche debris and runnels down low.
This is a great corn run saved for the spring when the face is filled in, and the snow is firm, but south east exposure means it gets the sun early on, so wake up early (skiing by 8:30!)! The face is a steep, long, and committing line (definitely don't fall), so best make sure your skiing is up to the task with a couple of tests of the steeper runs at the ski hill. The long bootpack and firm snow requires fitness and technique.

Total elevation gain: 1100m
Round Trip Distance: 10km
Top Elevation: 2938m
Other options in the area: Not feeling up for it? The Commonwealth valley has a wealth of skiing: Commonwealth Ridge Circuit, Commonwealth-Pig's Tail Col, Superslope, Smuts Pass and Tryst Lake.

Other Lines of the Week .
Other Kananaskis lines.
Posted by Edmonton Ski-mo at 12:25 PM