Kurt and Geoff put on a great race. The course featured some steep climbing and I found that I had to spend the flatter sections recovering. Just getting over an illness, but the legs felt good for 7th place.

Got the drone out

Posted by Edmonton Ski-mo at 8:30 PM No comments:

It has been game-on in the rockies since the last weekend of February. Sure, the lack of snowfall frustrated powder skiers, but for any ski mountaineer worth his/her weight in snow, it was a glimpse outside of the typical continental snowpack. As long as the weather was good, and fresh snow was given some time to settle, good days in the mountains were pretty much a given. It was hard to avoid the call of the mountains with the conditions . 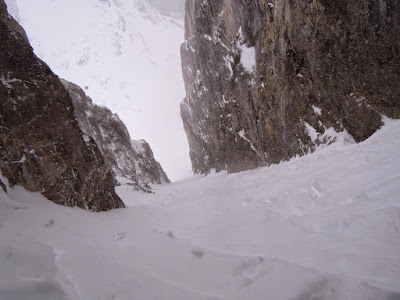 From March to May long weekend, I skied every weekend but one. My legs are tired and in hindsight I wish I would have stayed home instead of battling the storms on some weekends. While no one day really stands out as a major accomplishment for me: most of these days felt casual, I think that the past couple of months have been my best period of skiing ever. I have made it happen in the storms, the glacier rope has become a staple of my backpack, I backed off of lines that I didn't feel good about, I have explored many areas that I have always had in the back of my mind, and I have found inspiration for future objectives.
Posted by Edmonton Ski-mo at 7:30 PM No comments:

Nothing good comes from going east

To the west lie the mountains, to the east lies flat plains, ice storms, salted roads, corrupt construction companies, and cities with too many people trying to get to the same place at the same time.

On the west side of the road. glaciers have carved the mountains into bowls that catch the snow. On the opposite side of the road, flat, featureless piles of rock are scoured by prevailing south westerly flows.

The best skiing is often found to the west.

This is the general rules, but as with most rules, there are exceptions. For one, variety and curiosity are forces pushing one to explore unfamiliar areas. And sometimes, it does snow more to the east. 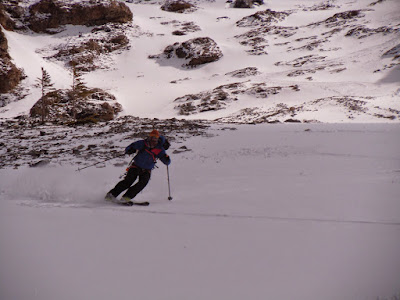 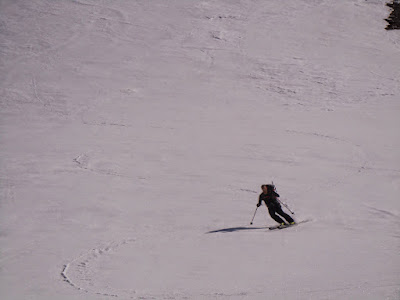 Posted by Edmonton Ski-mo at 6:23 PM No comments: