My beauty sufferface, courtesy of MT

Another awesome weekend! My first ski mountaineering race of the season, and my first on my new gear! It was a night race, so there was lots of time on Saturday morning to chill in Canmore and launch rockets! I made some homemade rockets, and was pretty stoked to make a re-launchable rocket!

Then off to the race. We got there a little late, and the sign in and pre-race meeting were a little hectic, but fortunately the logistics of the event were pretty simple. MT and Steve decided not to race (they wussed out), instead they became the Pilsner Pit Crew whose primary tasks were to drink beer and take pictures. It was funny walking around in my spandex suit. I could feel the hate just raining down from all of the park rats in their fart bags who looked as equally ridiculous as me.

180 minutes of the pain locker at COP aka hammer out a 130m vert lap as many times as you can in 3hrs.

The front row was pretty wide, so I lined up on the front row. Off the start I was going pretty good, and soon people were dropping off the front. Eventually I found myself in 2nd, right behind the fastest Canadian racer. The pace was furious, and I decided to ease up a bit, and let 2 more people ahead. I ripped up the bootpack section and was in 4th place (including relay teams) at the top of the hill on the first lap. Not a bad start.

But the top of the hill was pitch black, and this was the first time that I have ever had to put Dynafits on in a race. So I definitely struggled and lost lots of time. Then on the way down, I was expecting to see course flags so I didn't go too fast. I probably should have skied the course beforehand...

I got settled in pretty good, and was skiing pretty well during the first hour. The glue on my race skins wasn't really sticking that well anymore because of snow from all of the transitions, so I had to switch to my backup skins, a more conventional setup, but noticeably slower.

I was sending the uphills pretty hard, I got better and better at stepping into Dynafits, and by the end of the night, I was pretty much straightlining the descent. My gear was pretty dialed, which was good because this was the first time that I have used it! I guess my final excuse would be that my gel got really viscous and was impossible to take out of the gel flask

I kept it strong until the finish and brought it home. I tied for 4th in solo men which is awesome, especially for only my 2nd skimo race ever! It was a good scene, with a dj, and lots of people came out to try racing!

Sunday, with tired legs and sore lungs, we headed out to Chester Lake for a "nature walk" (no intention of skiing). Yeah, not much snow up there!
Posted by Edmonton Ski-mo at 4:23 PM No comments:

Yep, it was hard to leave 'Utopia' to come back to 'BERTA. 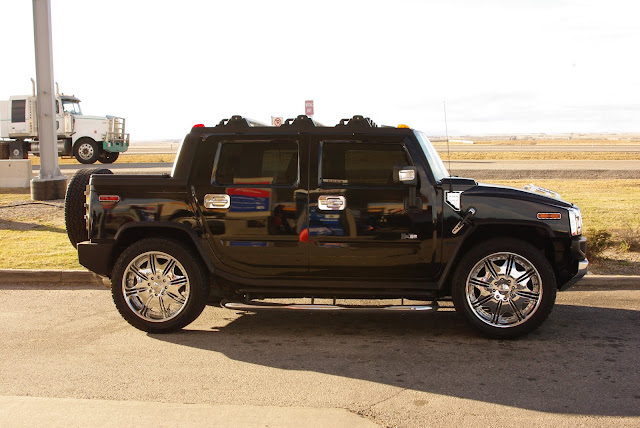 Yup, definitely back in 'BERTA

But when I got home, things weren't so bad. I missed my bike, and my skimo suit arrived! 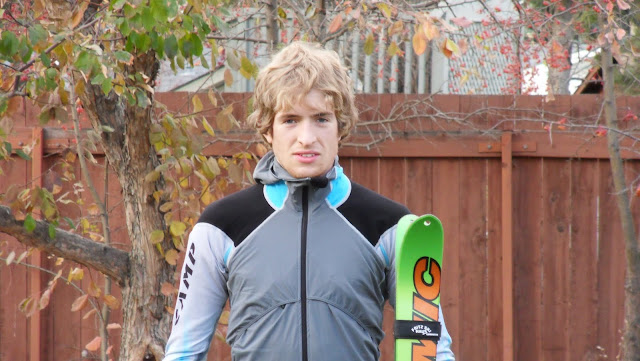 English class was by far the harshest reality of coming back. Something soooooo sucky after such an awesome week!

The week actually flew by; I went for a couple of mountain bike rides, and for the weekend I was in Canmore!

Canmore was pretty fun; there is not much snow there so the mountain biking is still amazing. I went for a ride on Saturday with my out of shape friend MT (he wanted me to give him that shout out). I also got high off of Black Diamond Gold Label Adhesive! 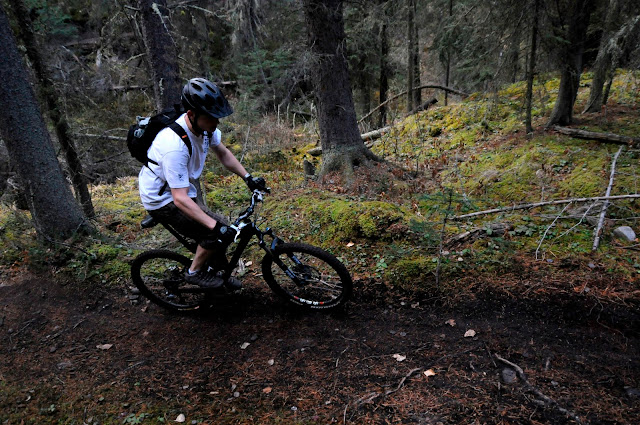 There's this cool new outdoor gym in Canmore! But I think you need to bring a really heavy backpack to get a good workout in! 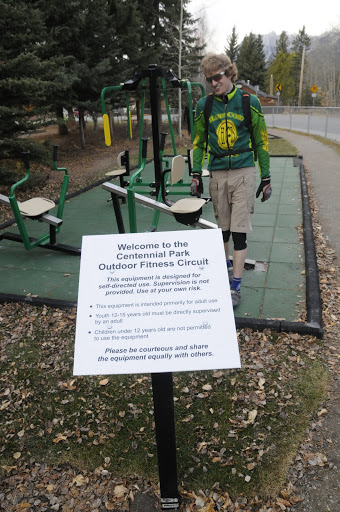 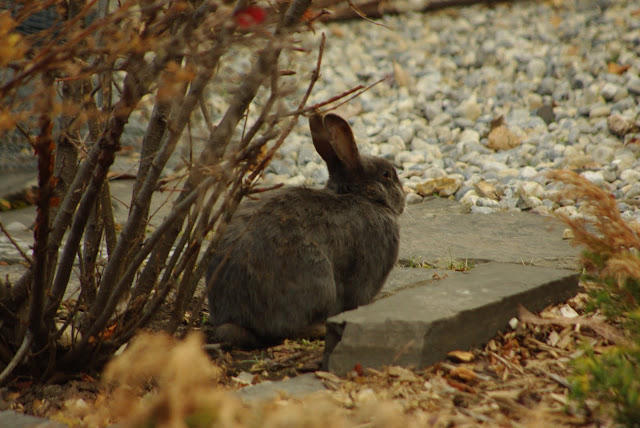 Sunday, went for a ride by myself on the now classic Bill Knight Super Loop. Just take all the awesome trails at the Canmore Nordic Centre and put them into one ride!
Posted by Edmonton Ski-mo at 6:14 PM No comments: