Sure, it was all about the racing, but what about the journey?

I had some time to kill in Montreal, so I made use of their $9 bus (return to and from downtown. What a deal! It cost me $65 for a taxi from the deep south of Calgary to the airport!). I can happily say that I did not die while travelling over the crumbling concrete overpasses with exposed rebar and numerous concrete repairs. I wonder where all the transfer payments that Quebec receives are going?!!!


Pretty much everything I did after arriving in France was dedicated to preparing for the races. We had some time off after the vertical race and went for some exploration further up the valley. 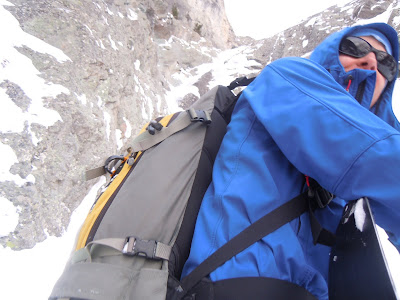 After the races, it was apparent that the bodies were worn down and some rest would be needed. We traveled through Briancon on the way to Pelvoux from Geneva and we were in awe of the old fortifications in the hills around the city. We also wanted to check out rumours of a fabled skimo shop in the city. 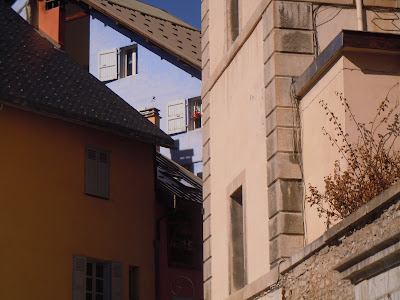 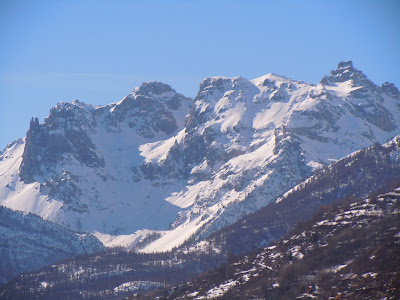 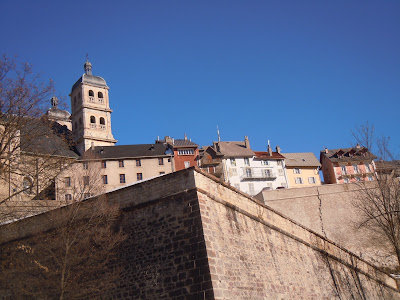 We stuck around in Pelvoux for another day keen to ski some objectives that we didn't have time to do during the races. A couple of groups ascended La Blanche during the week while I was too busy enjoying my lunch.


I honestly did not have much of an idea what I was doing, but we heard that there was a 1000m long couloir dropping for a 1500m descent off the side of the mountain down to Ailefroude. In the above picture taken from the entrance of the couloir, you can see the summit of La Blanche, and the short climb to get to the entrance. Brad was feeling a little sick after given'er all week and elected to sit out.


The next day, we pulled out of the hotel in Pelvoux and headed for La Grave. I had heard that the Col de Lautaret was worth checking out, and that advice was confirmed when we pulled over the 2000m high pass. The north side of the col had some sunbaked slopes that looked to have some classic objectives, but we set our sights on a cool north facing bowl on the south side of the road. 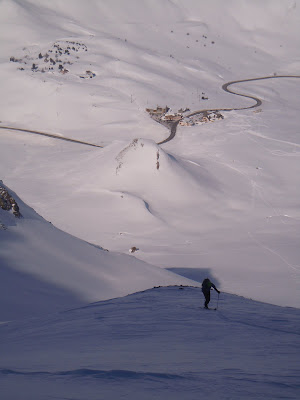 We made it to La Grave in the evening and were impressed with the shear vertical relief and huge glacial features in the mountains above town. We also noticed that everyone in town was walking around wearing harnesses and carrying skis that would probably be more at home in deep Monashee powder. With the hotel manager's climate fact still in the back of our minds, we couldn't help but chuckle. We were expecting big things from the skiers in La Grave the next day!
The ski stoke was waning (we joked that the birds hovering around were not feasting on the bodies of dead mountaineers, but on the stoke that had vanished) and we were regretting not pounding off a bunch of laps in a ski resort that pretty much consists of 2 Delirium Dives. How to do La Grave right? Buy the full lift ticket, do your research/hire a guide. The whole area is wild, uncontrolled, and filled with unlimited potential. Powder days must come with mixed blessings as soft slabs would be still lurking.

Back to the Col de Lautaret to see if we could reignite the stoke from a couple of days ago.


It was time to head back to Geneva to catch our flights the next morning. Driving back through La Grave, we were gaping at the huge sub alpine couloirs that drain down to the highway past the town. The road to Grenoble was beautiful.

We skied some cool stuff, but it felt like we were hindered by tired legs and a lack of information. It is a great experience to ski in France, but it was reading week back home and I missed shredding pow and some fun lines with my brother and my friend. My legs were blown. When I got back home, it took me a couple of days of rest before my legs felt good again.

So I am not sure if I would stay and ski after the races in 2015, but if I did, I would plan some more rest days to be a tourist and create a list of nearby ski touring objectives beforehand. We were a little burned out both mentally and physically.

Anyways, here is my video summary. Still kicking myself for not getting a POV of my skiing and course recon on the sprint day!
Posted by Edmonton Ski-mo at 9:33 AM No comments:

They must have played The Final Countdoon 2000 times.

I've got to start looking for a real job. My future potential in this sport is a huge constraining factor as it is not easy to find a position that will give me the time/location to play in the mountains. Even with my top marks in University, I guess my limited work experience is not helping generate any bites for interviews. 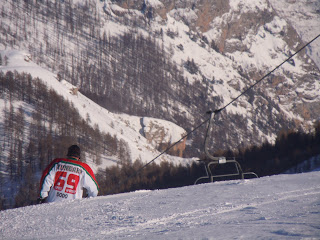 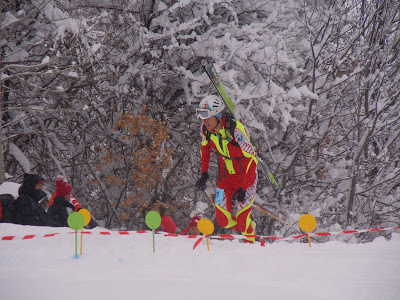 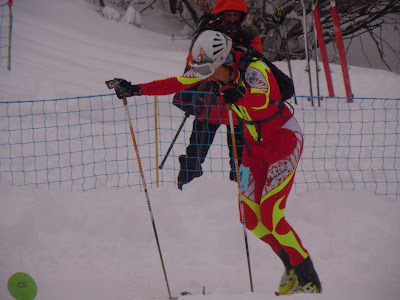 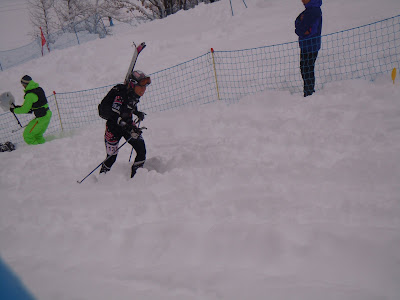 Andrew seems to like the Colltex PDG skins for their superior glide, but I did see a lot of the Pomoca Race Pro skins as well. The race pros don't glide as well, but they have amazing grip and come with some good glue. Steve comes from an XC ski racing background and cuts his skins short for glide, but maybe grip is more important, especially at the end of long races. 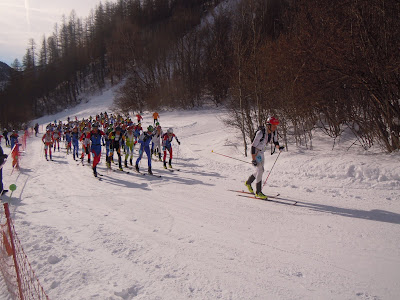 More videos of the races on the same channel.

And an awesome video from Mark Smiley who was allowed to ride in the heli for the individual race.
http://vimeo.com/59902259 . I think there is some footage of me on the descent in there! It was unreal having a helicopter filming me ski!
Posted by Edmonton Ski-mo at 6:25 PM No comments: